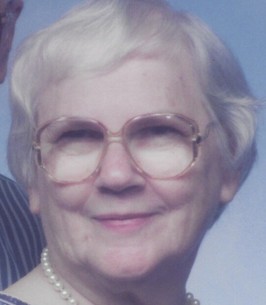 Wilma was born February 14, 1928, in Topeka, the third and youngest daughter of Harry Jason Smith and Mary Minerva Kauffman. She was a graduate of Seaman High School and McPherson College.

In 1949, she married Don Ford and lived awhile in West Virginia, but they divorced in 1961, when Wilma moved to Cedar Rapids IA and worked for the Iowa Department of Transportation. In 1964, she married Max Shank and moved to Abilene. Max died in 2012. For many years they resided on NW 11th Street, but in 2002 moved to the Brown Memorial Home, where Wilma worked part time as their receptionist. In 2018 Wilma moved to Abilene Place Senior Living, and in 2020 to Village Manor.

In 1971, Wilma and Max became foster parents to an infant with cerebral palsy, Scott Kimble, and for ten years she poured all her love and energy into his well-being, and remained his guardian for almost 20 years afterwards. She also found the time to establish strong relationships with Max’s children from a prior marriage, and to volunteer with church and community organizations, such as the Dickinson County Historical Society and Buckeye Church of the Brethren. Wilma drew much of her inspiration from her abiding faith in God, and kept her focus on family and friends.

Wilma is also survived by her brother-in-law Don Smith, and her nephews and nieces: Stephen, Stan, and Susan Miller; Melinda Bart, and Pam Bolesta (Joe), and numerous grand-nephews and grandnieces and their children.