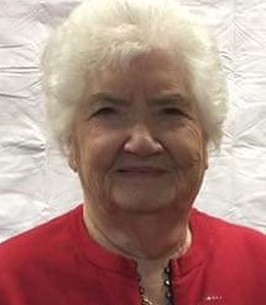 Sigrid W. Hanson, age 89 of Abilene, passed away Tuesday, February 8, 2022 at the Memorial Hospital in Abilene. She was born December 20, 1932 on Jackson Mountain, Oklahoma the daughter of Harley and Dora Wilson.

Sigrid was a loving mother and enjoyed sewing, quilting and casinos. She loved gardening and nurturing her house plants. She enjoyed traveling and made many trips across the country with her sisters and brother and family. She and Ernie loved nothing better than getting in the car and driving. She loved to bake and cook and feed her family.

Cremation is planned and a memorial service will be 1:00 pm Tuesday, February 15, 2022 at the United Methodist Church in Enterprise with Pastor Arnie Boyd officiating. Her final resting place will be in a cemetery in Lindsborg. Memorial contributions may be made to the Enterprise United Methodist Church and may be sent in care of the Martin-Becker-Carlson Funeral Home, 414 NW 3rd, Abilene, Kansas 67410.