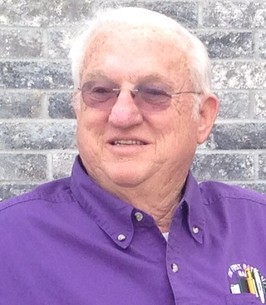 Leon Jay Coup was born June 20, 1934, in Hope, Kansas the son of Jesse James and Edith Pearl (Morehouse) Coup. He attended Hope schools graduating from Hope High School in 1952. He received his bachelor’s degree from Kansas State University and a degree from the Graduate School of Banking in Wisconsin. On October 8, 1966, he was united in marriage to Karen Ingrid Schuenemann in Hope.

Leon worked for Boeing Aircraft and later was the co-owner of the First National Bank and the Coup Insurance Agency in Hope and Herington.

Leon served several terms in Hope as Mayor and as a City Council Member, served as a volunteer firefighter for 50 years, and delivered Meals on Wheels for many years. He was instrumental in establishing the Hope Community Historical Museum, the Hope First National Bank Annex and Community Building, and the Hope Community Education Endowment Association.

This is not a comprehensive list of all the contributions Leon made to Hope, his community. He was never one to broadcast his work, but everyone who knew him will agree he selflessly dedicated his life to his community and the people in it.