Obituary for John A Dreiling 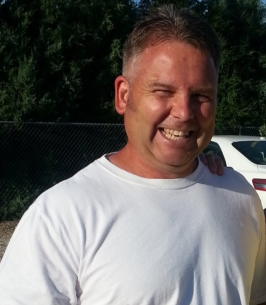 John Dreiling, age 56 died unexpectedly on Friday, February 4, 2022, at his home in Plano, Texas.
Born in Enid Oklahoma on January 25, 1966, he was the 6th of seven children, and son of Norman and Shirley Dreiling.
He spent almost his entire life living and working in Kansas, in the area he grew up in. He graduated from Chapman High School in 1984 and went to Kansas State University for 3 years.
John and his brothers Steve and Mikel began working together along with their father, Norman Dreiling in 1995. The work was construction trades their dad passed onto them. When John passed his company, American Stucco & Stone Works also came to an end.
He’s survived by his wife Ana, siblings Susan Dietz, Cheryl Gagna, Dana Flynn, Steve Dreiling, and Mikel Dreiling and his wife Jennifer Dreiling, as well as extended family of cousins, nieces, and nephews.
John’s ashes will rest with his wife Ana in Plano, Texas. Family will receive friends Saturday, February 19, 2022 from 1-3 P.M., at Martin-Becker-Carlson Funeral Home in Abilene.