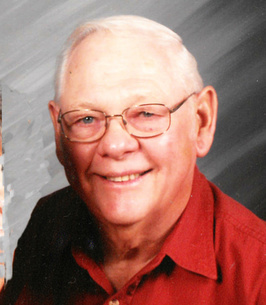 ABILENE – Eldon A. Riffel, 84 passed away Sunday, May 22, 2022 in Abilene KS.
He was born on November 29, 1937 in rural Hope KS, the son of Manuel and Mabel (Buenning) Riffel.
Growing up in the Navarre KS area, Eldon attended Walnut Grove and Navarre schools, and was a 1955 graduate of Chapman High School.
In 1957 he married Darlene Hartung, who passed away in 1960. On December 2, 1962, he married Patricia “Pat” A. Klingberg in Hope KS. They spent their married life at their home in rural Hope.
Eldon’s priorities in life were based on faith, family, and service. He was a leader in his church and community holding the position of a deacon at the Ebenezer Baptist Church for 46 years, was a song leader, and Sunday school teacher. Additionally, he held school board positions at Hope/White City schools.
Eldon enjoyed farm life, raising crops and cattle in the Hope and Navarre areas. He was also a distinguished finish carpenter.
With his loving wife Pat, he sang duets, tended garden, and made memories with children and grandchildren. He was loved for his sense of humor.
Eldon was preceded in death by wife Darlene Riffel of 3 years, wife Pat Riffel of 57 years, his parents, brother Maynard Riffel, brother Robert Riffel, son Kenneth Riffel, and granddaughter Laura Farley.
Survivors include: daughter-in-law Carla Riffel (Kenneth) of Hope, son Dr. Alan Lyne (Monica) of Ventura CA, son Robert Riffel of Wichita, daughter Susan Albrecht (Mark) of Bella Vista AR, son Cecil Riffel (Cynthia) of Hope, daughter Lorrie Adkins of Hope, son Scott Riffel (Amanda) of Haltom City TX, son Roger Riffel (Jenni) of Omaha NE, sister-in-law Jean Riffel (Maynard) of Rose Hill, sister-in-law Marilyn Hostetter (Donnie) of Hope, sister-in-law Lynda Hise (Del) of Albany OR, 24 grandchildren, and 21 great-grandchildren, and one great-great-grandchild.
Memorial services will be held at 10:30 a.m. Saturday, May 28 at Ebenezer Baptist Church in rural Abilene KS with Pastor Dwight Richardson officiating. The family will receive friends from 6 to 8 p.m. on Friday, May 27 at Martin-Becker-Carlson Funeral Home, 414 NW Third Street, Abilene, KS, 67410.
The family suggests memorial contributions in his memory be made to Ebenezer Baptist Church. They may be left at the church the day of the service, at visitation on Friday, or sent in care of Martin-Becker-Carlson Funeral Home, 414 NW Third Street, Abilene, KS, 67410. Online condolences may be sent to www.martinbeckercarlson.com